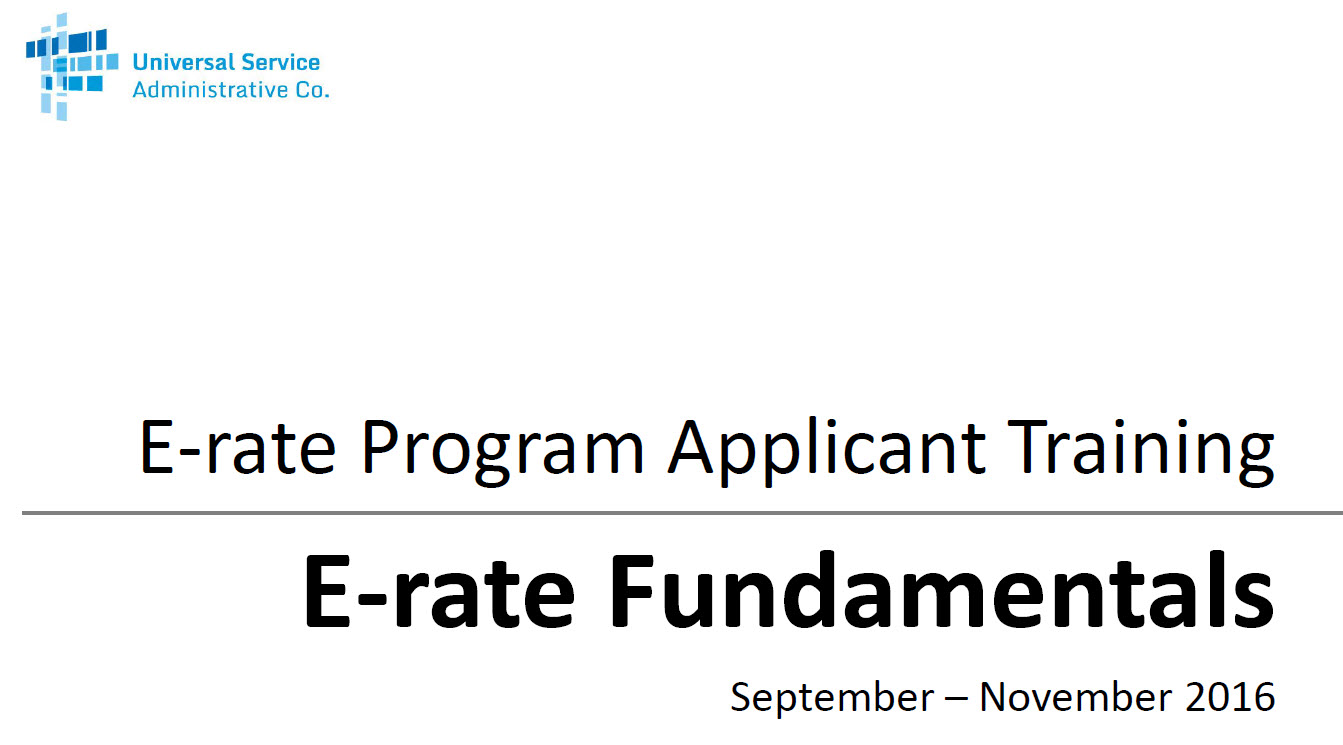 I attended USAC training for applicants in Los Angeles on November 18th 2016 and have a few things to report.

At the training course I attended, a USAC representative said that a service provider must offer the Lowest Corresponding Price (LCP) to a school, even if that school is already under contract with a service provider. Meaning the LCP rule “trumps” the contract. The Lowest Corresponding Price has to be offered to E-rate customers, if that price is offered to a similarly situated entity. The school does not need to ask for the lower price or negotiate. It is the obligation of the service provider to provide the LCP, without prompting or a request from the school.

Requesting Bandwidth on your E-rate Form 470

In summary, you can only upgrade to a bandwidth that you had originally requested on your E-rate Form 470. For example, lets assume you only request 100Mb/s of Internet and Transport bundled on your Form 470. If during the E-rate funding year, you would like to purchase more bandwidth, e.g. 200Mb/s, you will not be able to, since you did not request 200Mb/s on your original form 470. The best approach to requesting bandwidth, is to request pricing for a range of bandwidth’s, including bandwidth levels between the minimum and maximum.

Keep up with the latest news from School Fiber. Sign up with your email address to receive updates. We will not spam - we promise !